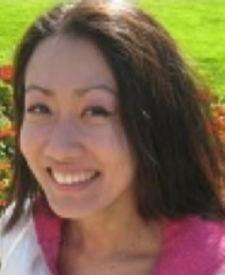 Ya-Huei (Cathy) Chin is Assistant Professor of Chemical Engineering and Applied Chemistry at the University of Toronto. She is a Canada Research Chair (Tier II) in Advanced Catalysis for Sustainable Chemistry (2016). She is a recipient of an Ontario Early Researcher Award (2014) and the Imperial Oil University Research Award (2014) and she also received the Bill Burgess Teacher of the Year Award for Large Classes (2016).

She joined the University in 2011, after receiving her Doctor of Philosophy (Ph.D.) degree in Chemical Engineering from the University of California, Berkeley. She was a research engineer (2000-2002) and then senior research scientist (2002-2005) with a joint appointment at the Environmental Technology Division and the Interfacial Chemistry and Engineering Group at the Environmental Molecular Science Laboratory (EMSL), a national scientific user facility at Pacific Northwest National Laboratory (PNNL), one of the ten National Research Laboratories for the U.S. Department of Energy.